Award for the CEO

Evgeniy Vladimirovich Shilnikov, CEO (Director General) of “Electrostal” Metallurgical Plant” JSC, has received an award from the Moscow Regional Duma. The honorary badge "For Work" was presented to him in a solemn atmosphere by Vladimir Yanovich Pekarev, deputy of the regional parliament. 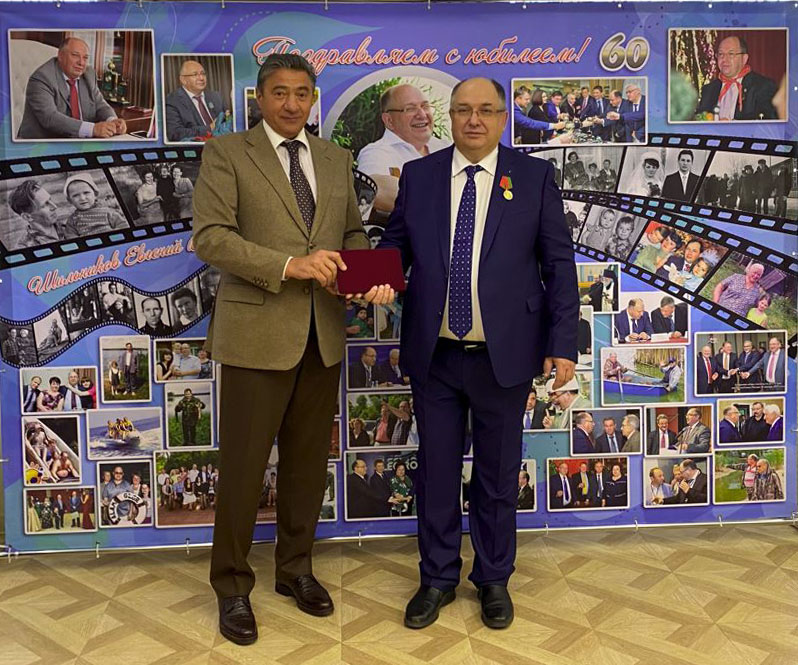 “Evgeniy Vladimirovich Shilnikov is a long-sighted and experienced leader”, noted V.Ya. Pekarev. “He knows how to make balanced and constructive decisions. His contribution to the development of the city cannot be overestimated. I am sure that new success and victories await the Electrostal plant under his capable guidance!”

Congratulations on the well-deserved award! 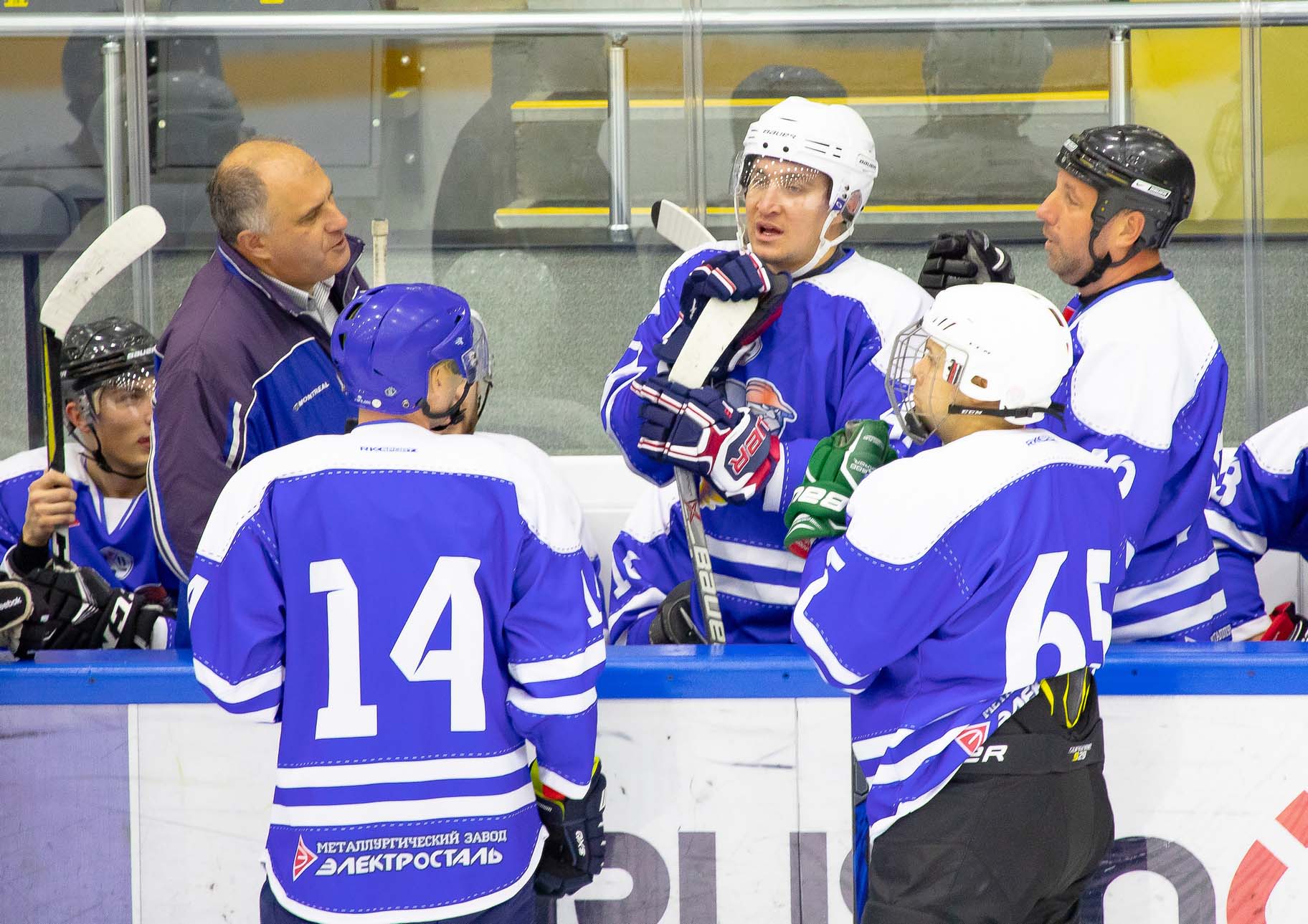 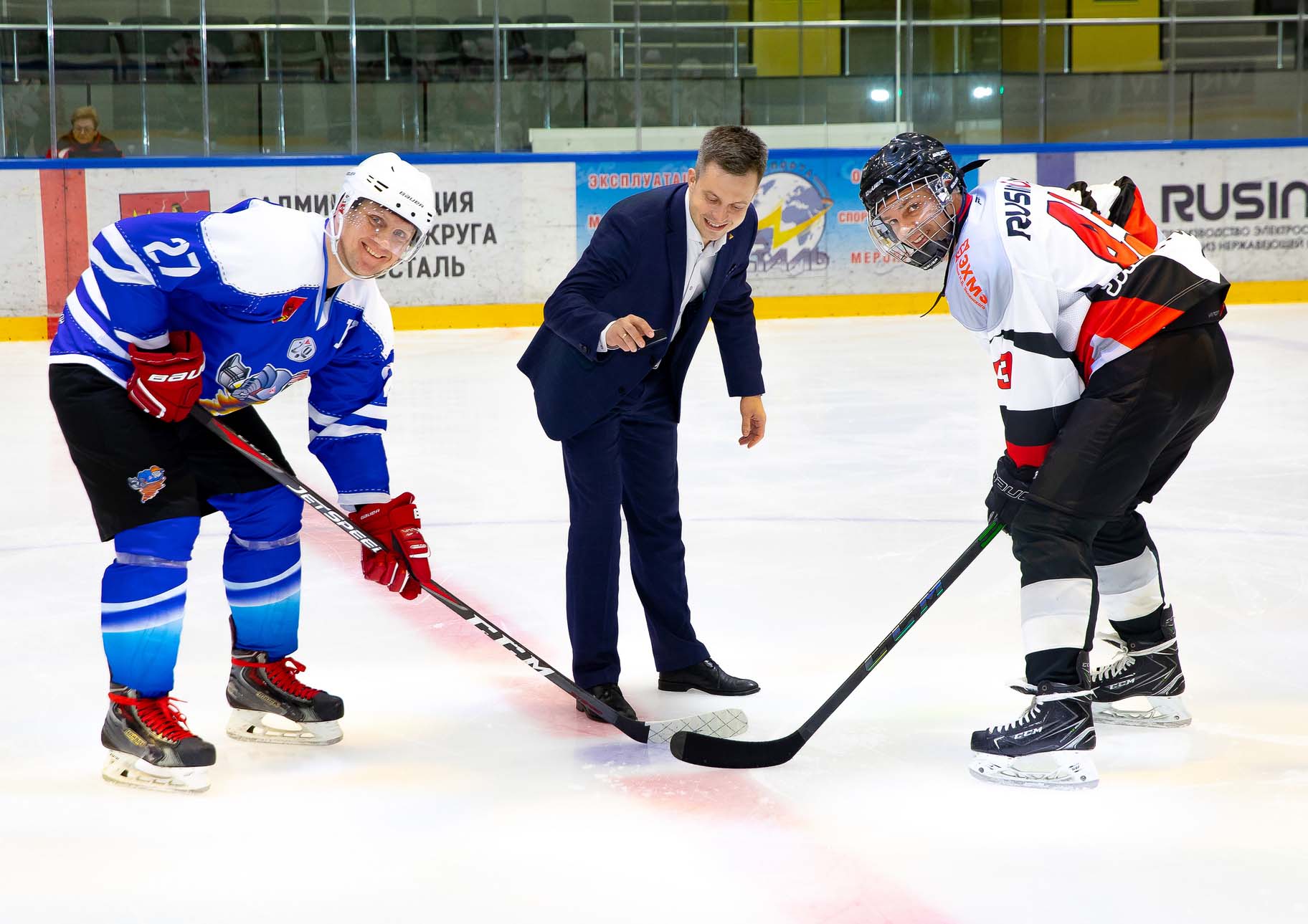 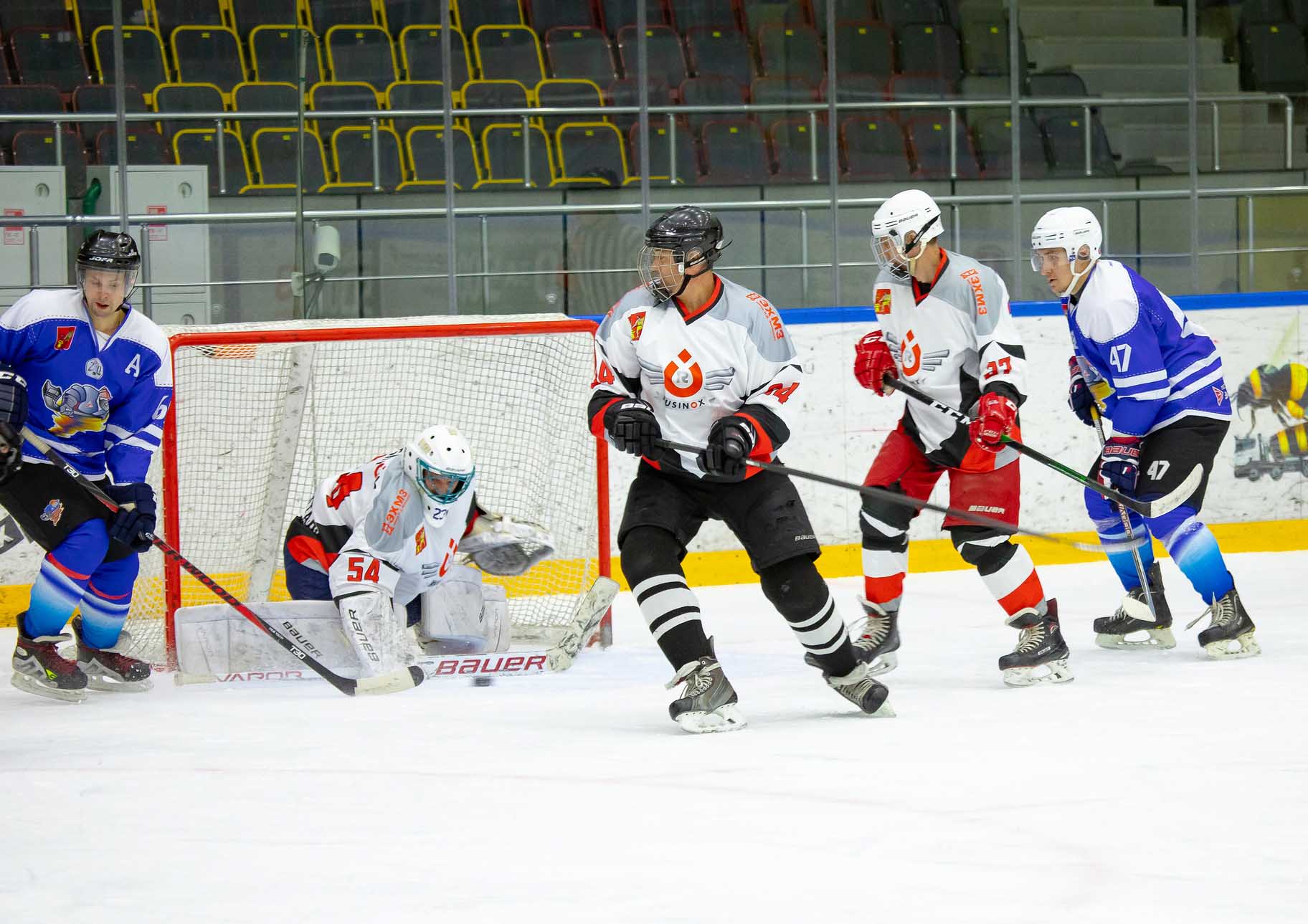 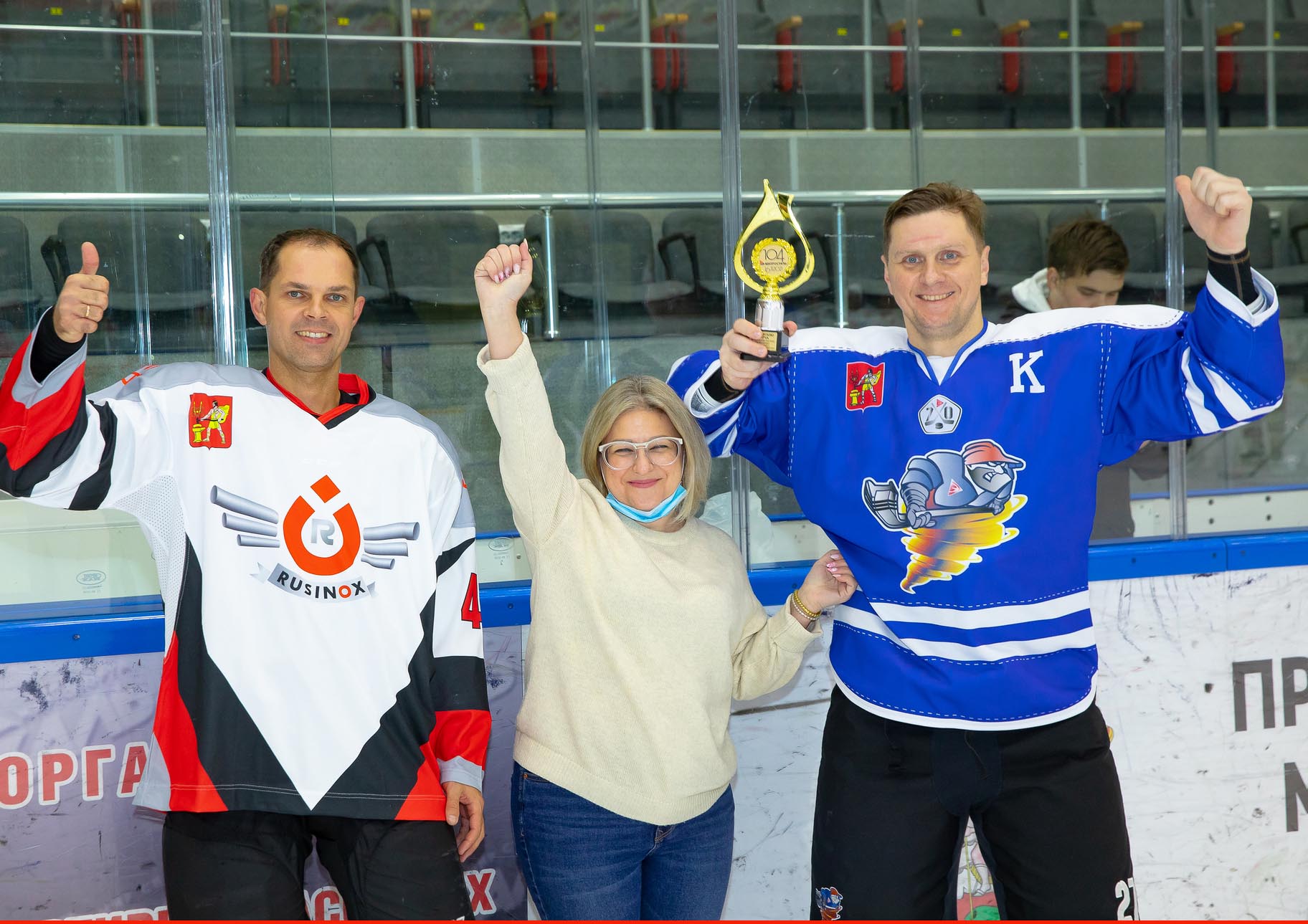 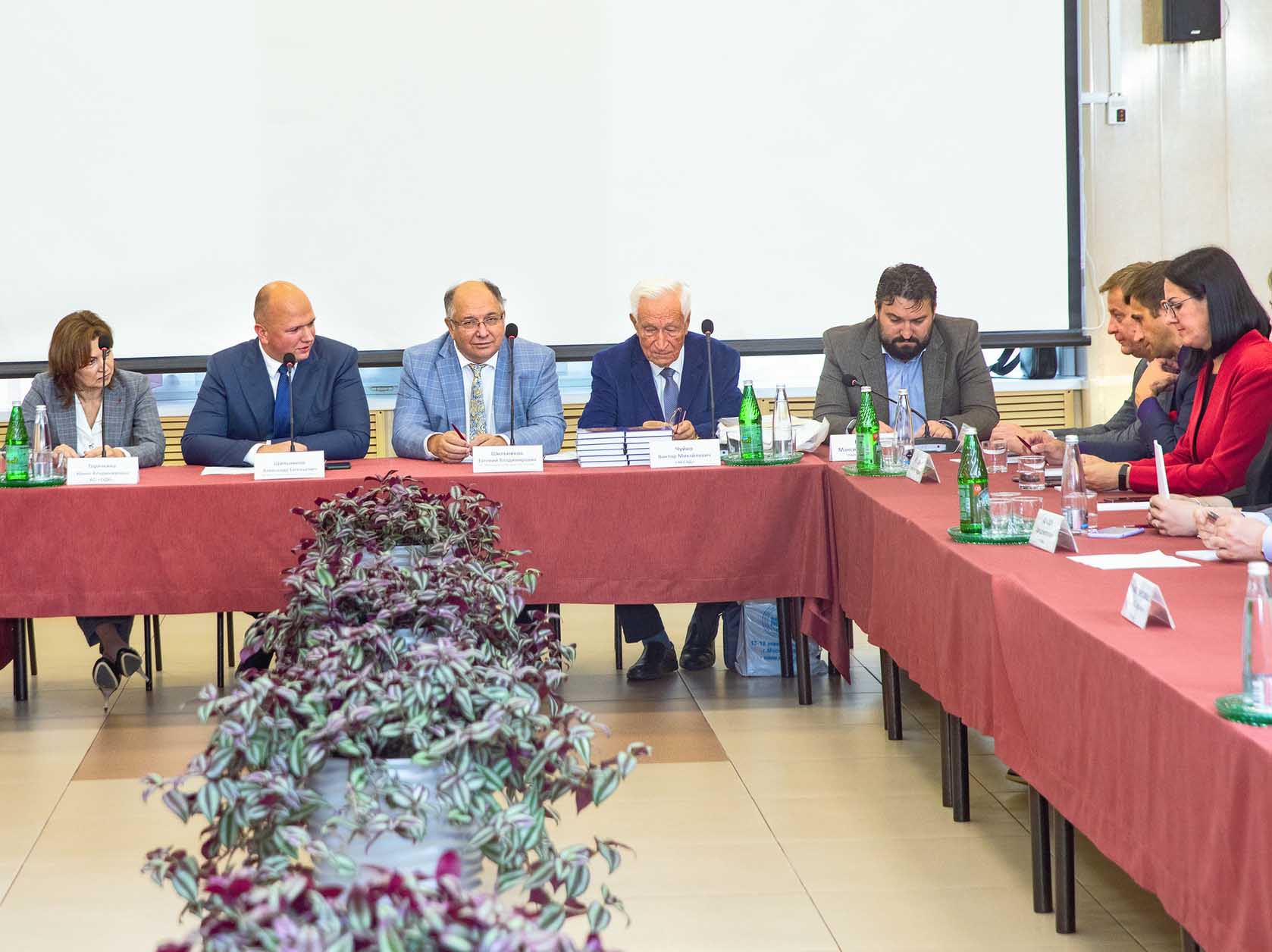 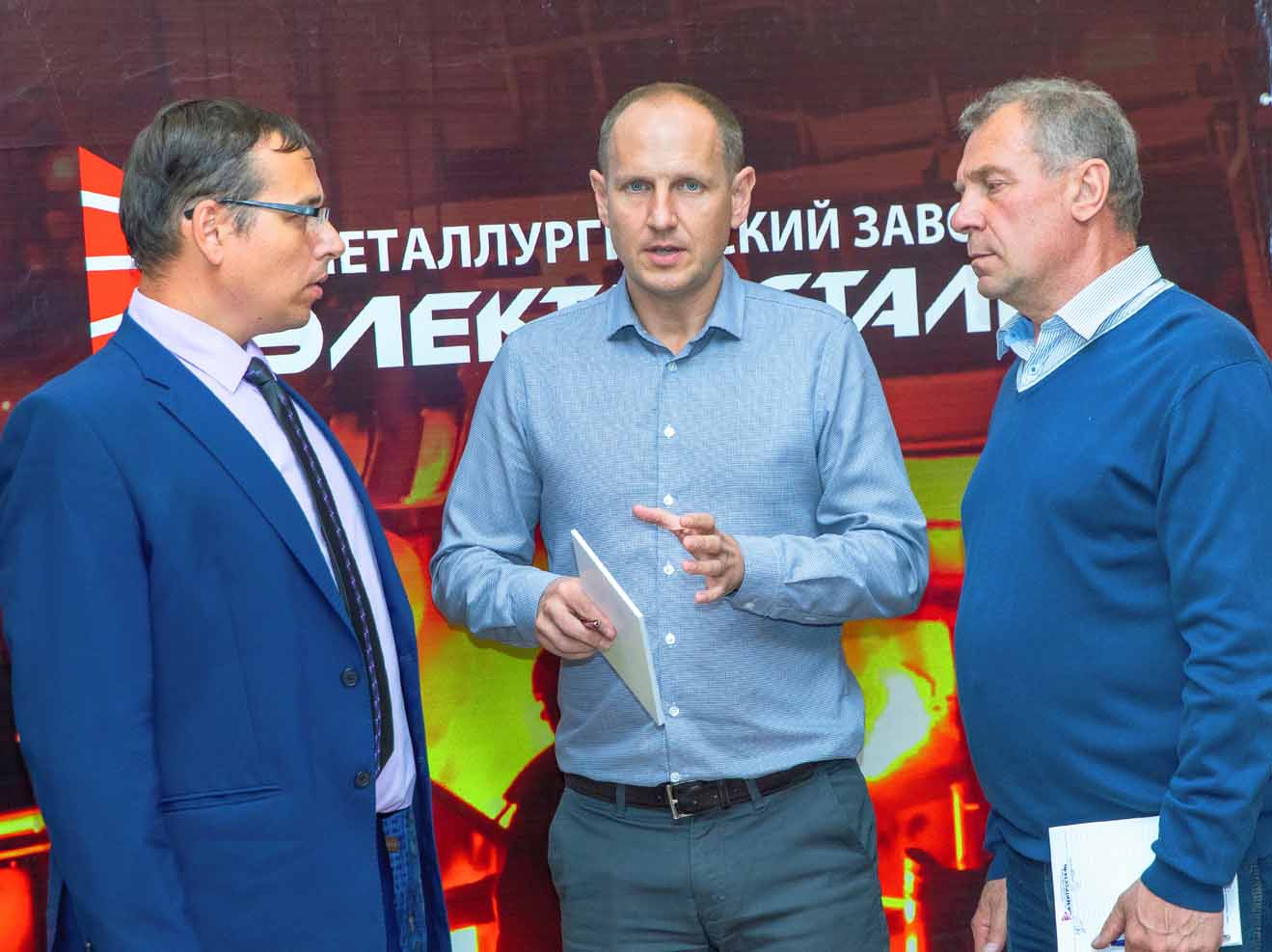 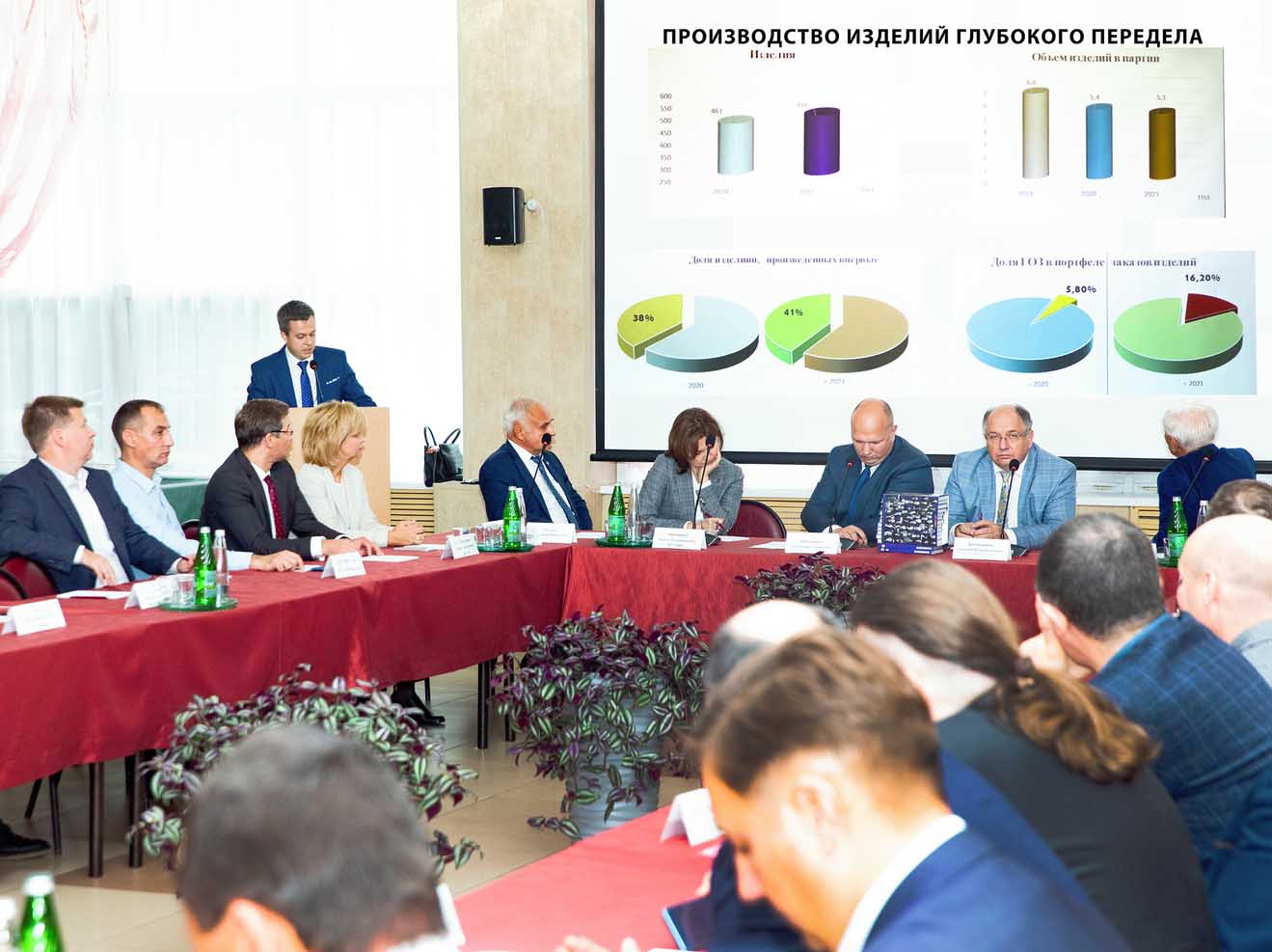 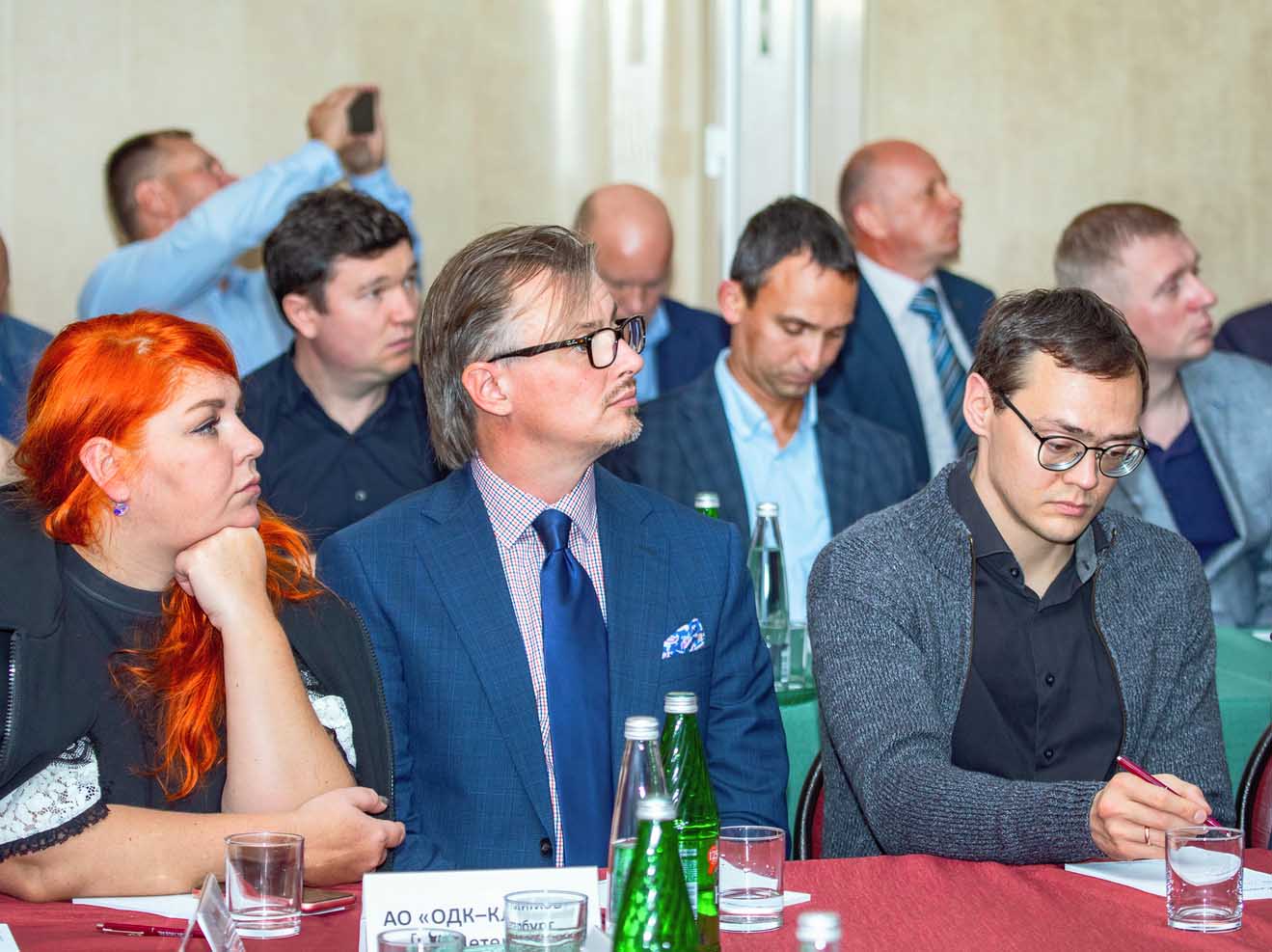 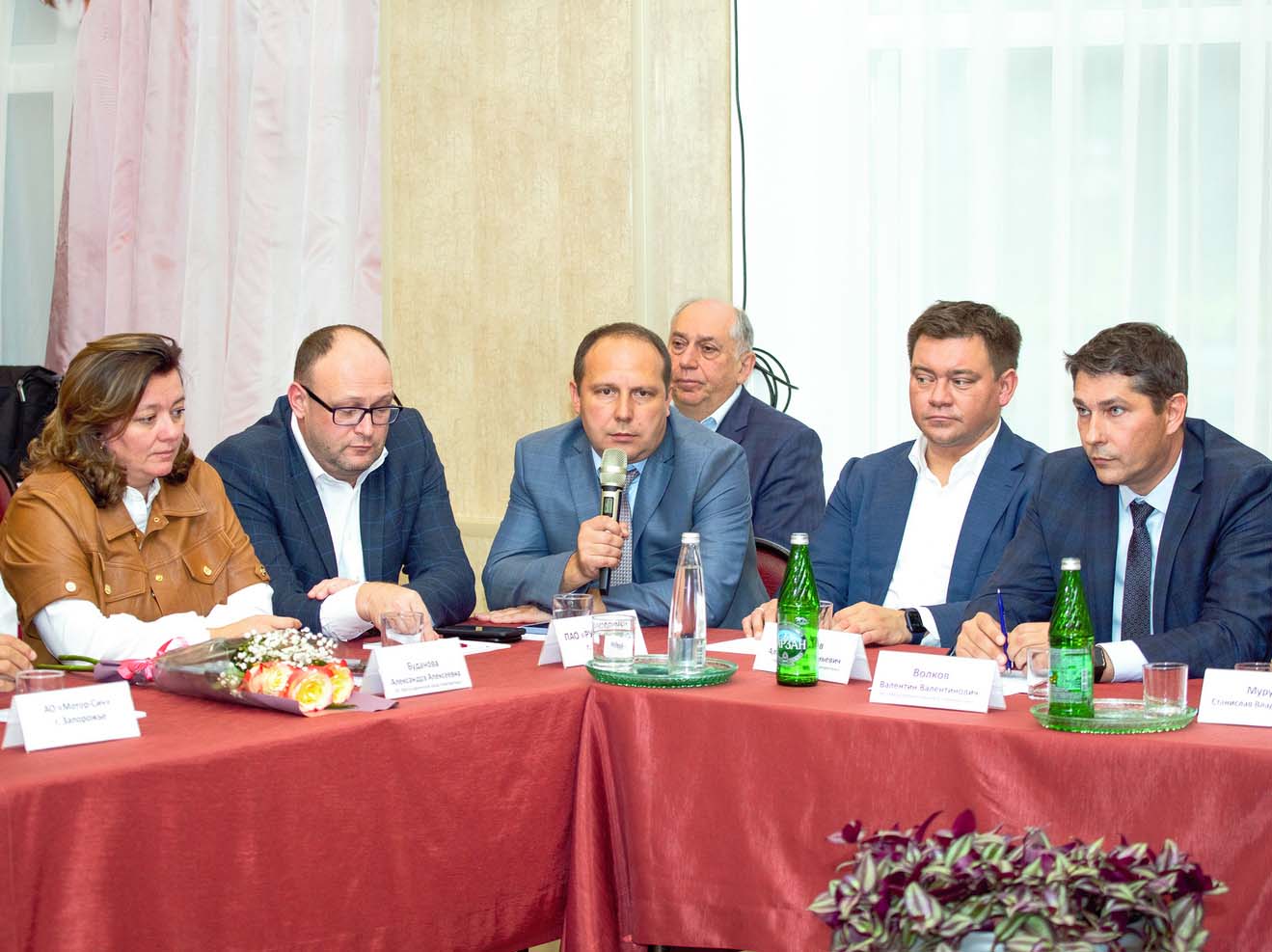 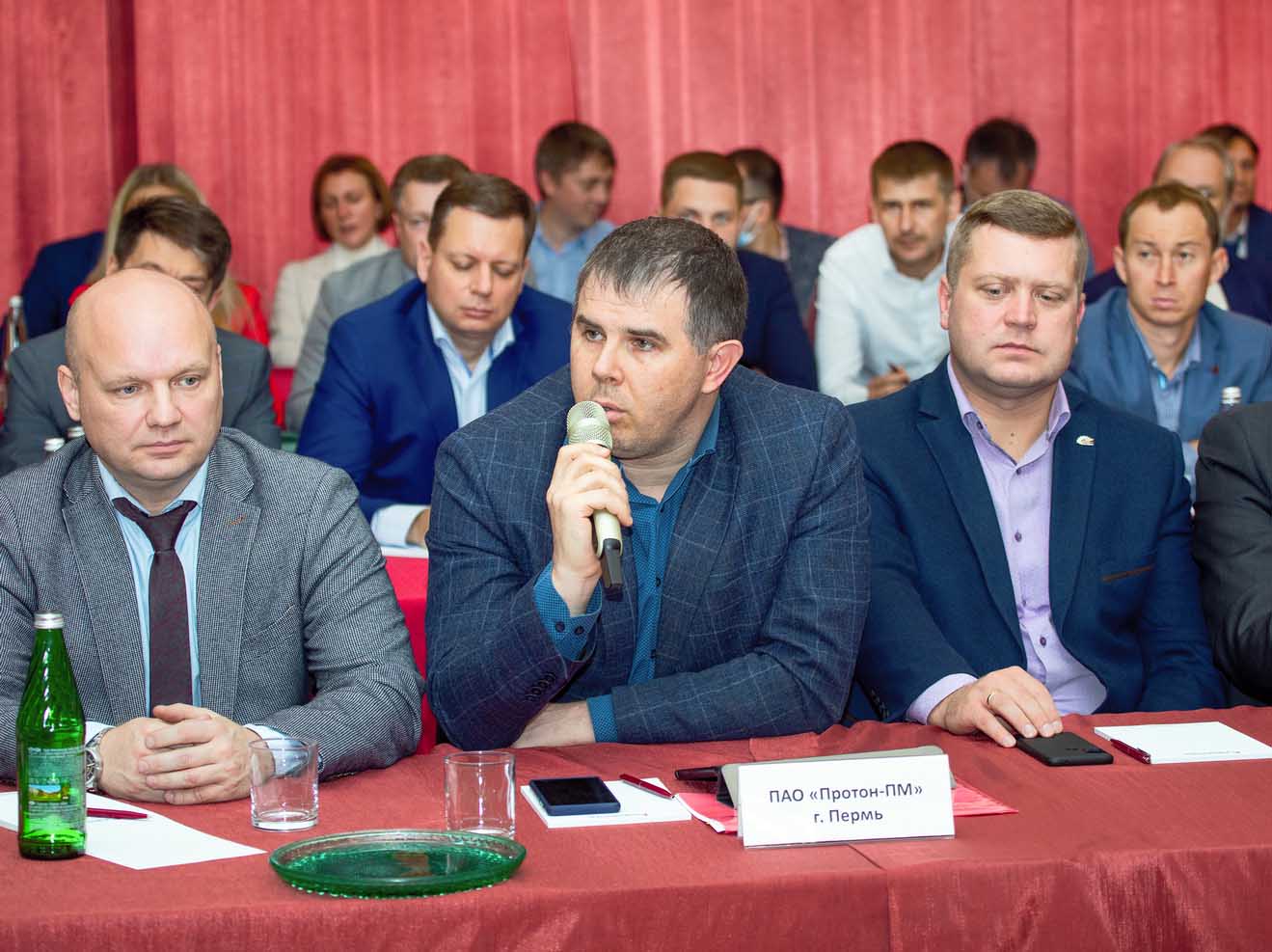 For ten years, the Association of Aero-Engine Manufacturers (ASSAD) has been publishing collections of essays entitled “Constellation”. They tell about designers, engineers, scientists, leading specialists and business leaders who have become part of the history of the aircraft industry. 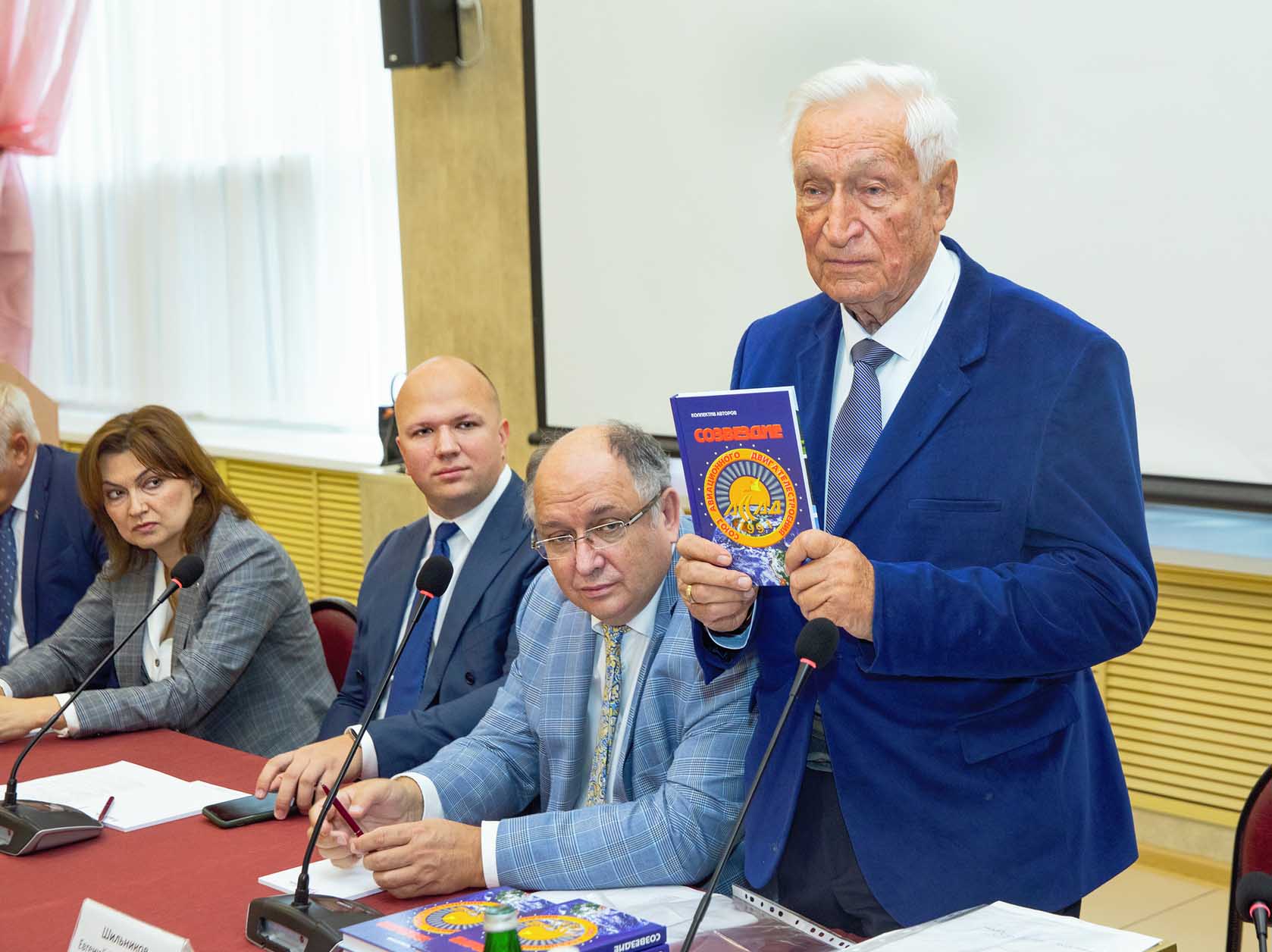 The presentation of the new volume has taken place this autumn. The fourteenth book opens with an essay about the industrialist, the founder of our plant and city, Nikolai Aleksandrovich Vtorov. The second essay is dedicated to Ilya Viktorovich Kabanov, Deputy CEO - Science Director of “Electrostal” Metallurgical Plant” JSC. The collection also features essays on outstanding representatives of other large enterprises. 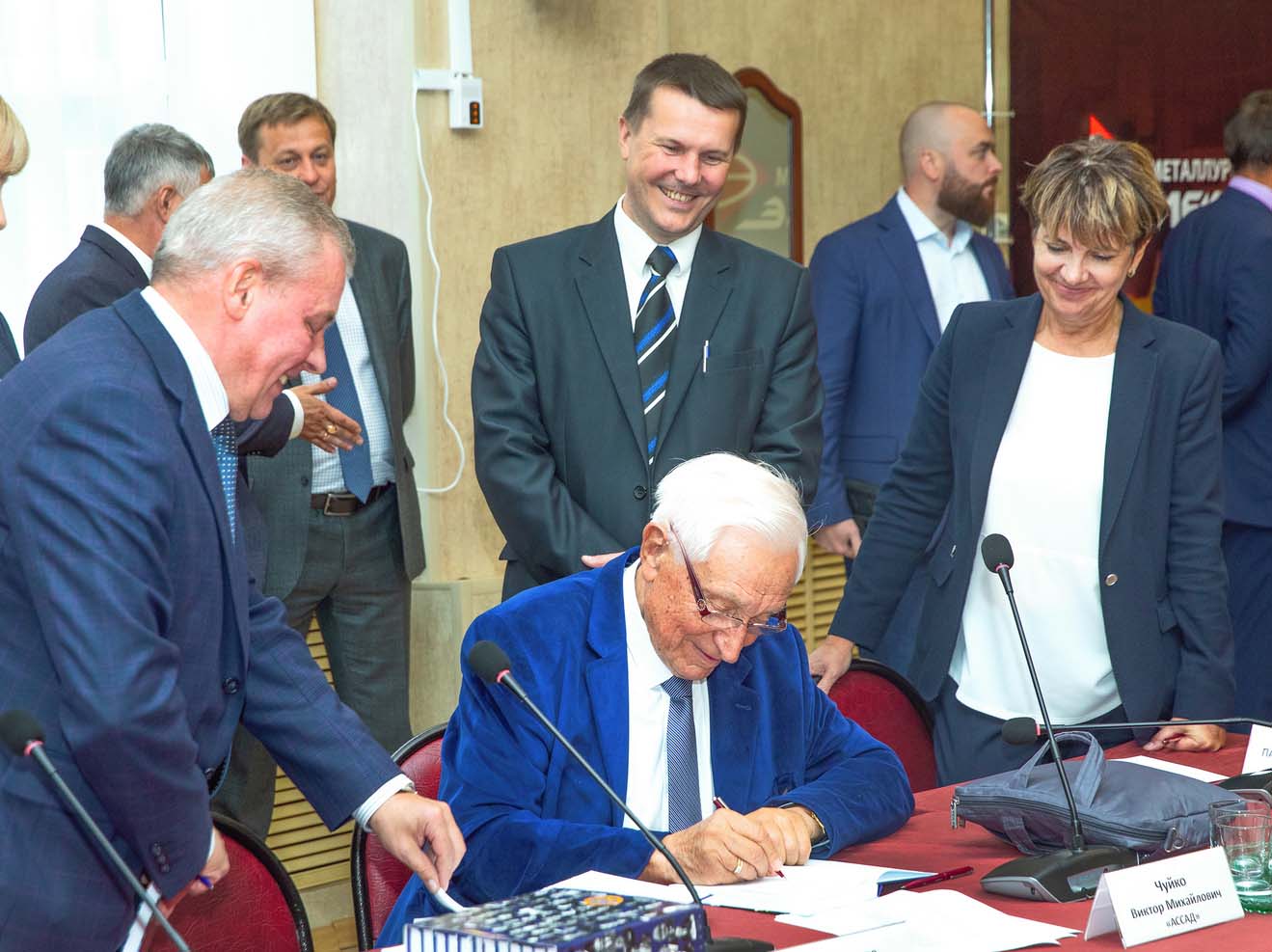 “In engine building, everything starts with metallurgy”, noted the President of ASSAD, Viktor Mikhailovich Chuiko, “With the development of materials, improvement of their properties, compliance with quality, and bringing into production. One cannot do anything without good materials. It is not accidental that our collection is called “Constellation”. The aircraft industry is a galaxy, from the clouds of which we took and placed 201 stars in our books (this is the number of essays written in 10 years within the project). These 14 volumes are an encyclopedia of aircraft engine building in faces. If you read all the articles, you can imagine how technologies and equipment have improved over time, what outstanding people are behind the achievements of aircraft engine building.”

Honors for the worthy

“Electrostal” Metallurgical Plant” JSC celebrated its birthday on November 17. The largest producer of special steels and alloys in the country is 104 years old. On this day, a solemn event dedicated to this date was held in the conference hall of the plant management office.

Unfortunately, for the second year in a row due to the coronavirus pandemic, the event was held in a reduced format: with a minimum number of participants and as short as possible in time.

“I would like to hope that the next birthday, which will be the 105th anniversary, will be celebrated in a full hall in a truly solemn atmosphere,” said Andrei Yuryevich Barashenkov, HR and General Affairs Director, opening the meeting.

Alexander Evgenievich Shilnikov, Commercial Director, congratulated the team of employees, represented by the shop workers and the administration of the plant, who gathered in the hall: “Dear colleagues! On behalf of the CEO Evgeniy Vladimirovich Shilnikov, I congratulate all of you on the 104th anniversary of our great plant. We are one big family, one big team. I wish you and your families all the best, I wish you health, and I wish we will continue working successfully for the shared result, for the benefit of our enterprise!” 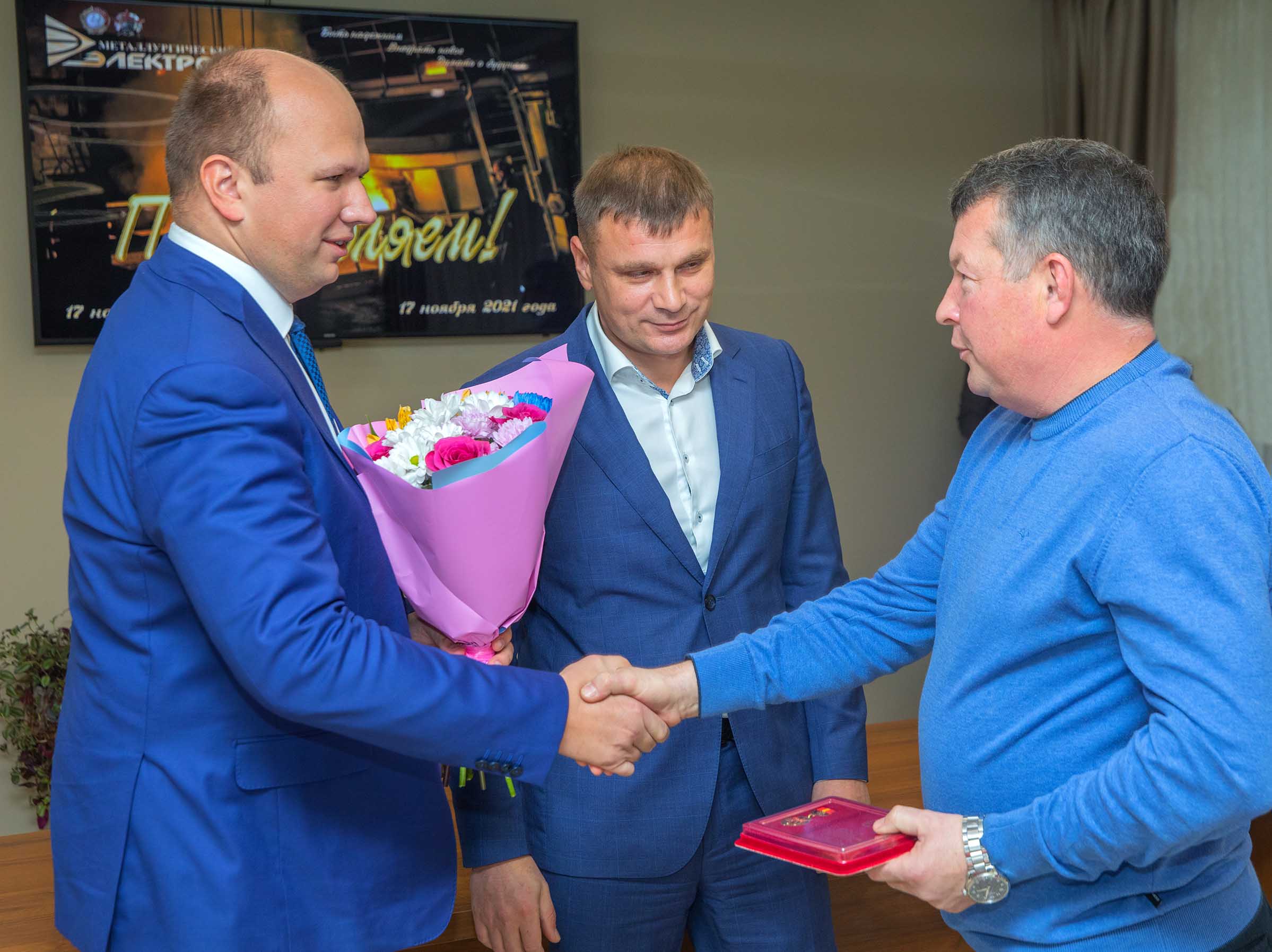 The metallurgists were congratulated by Roman Savelyevich Lavrov, Deputy Head of the City District Administration of Electrostal in charge of industrial affairs: “I am very glad to be present at this event. Your plant is a city-forming enterprise for our urban district, a large taxpayer, actively participating in the social life of the city of Electrostal and various infrastructure projects, thanks to which together we are making our city a better place to live. It is important that the direction for development you have chosen is not quantitative, but qualitative, that is, you strive for the production of high-tech products, and the City Administration fully supports the metallurgical plant in this.” 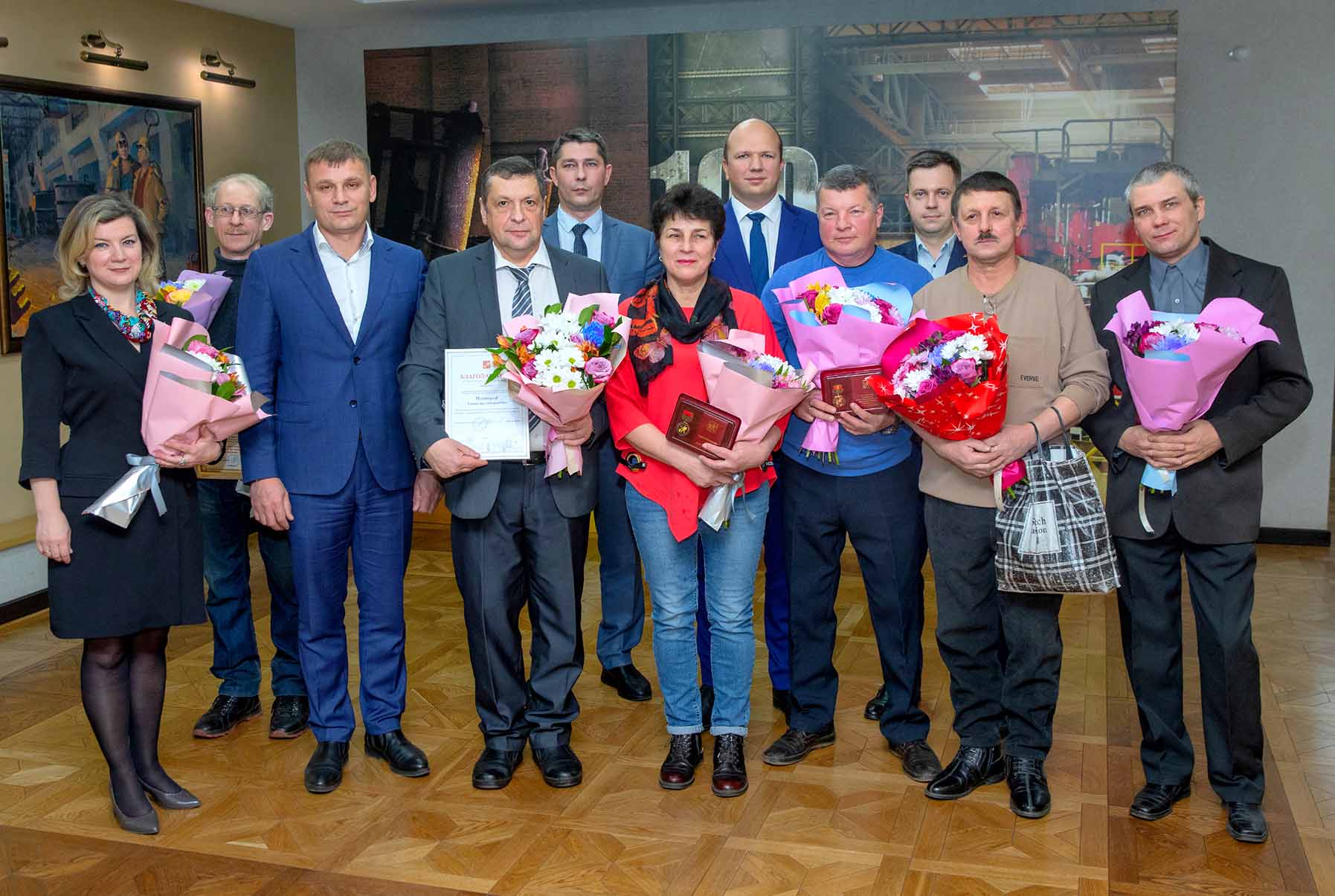 Due to covid restrictions, only seven awardees were present in the hall. The honorable badge of merit for the city of Electrostal, Moscow region was awarded on this day to Vera Nikolaevna Bazarova, a thermist for rolled products and pipes of the heat treatment workshop, and Igor Borisovich Smagin, a refractory worker of Steelmaking shop-2, and an honorary badge “For labor for the benefit of the city of Electrostal, Moscow region” was awarded to a metal heater of Press Forging Shop-1 Evgeny Aleksandrovich Kinyaevsky, and a shift supervisor of the Rolling Shop-2 Aleksandr Leonidovich Kushchenko. The gratitude of the Head of the Electrostal City District of Moscow Region was announced to the Deputy Head of Department - Head of bureau for organization and standardization of labor of Payroll Department Olga Yuryevna Loseva, and senior area supervisor of Steelmaking Shop-6 Anatoly Nikolayevich Nesterov. The certificate of honor of the Council of Deputies of the city district of Electrostal, Moscow Region, was presented to Nikolai Ivanovich Zvonarev, a mechanic-repairman of the test shop.