The book "Labor Glory of Electrostal" has been published. It narrates about the workers of the city enterprises, awarded with the Order of Labor Glory for their professionalism and dedication. There are 304 heroes featured in the book, and the largest chapter is devoted to the representatives of the “Electrostal” metallurgical plant. 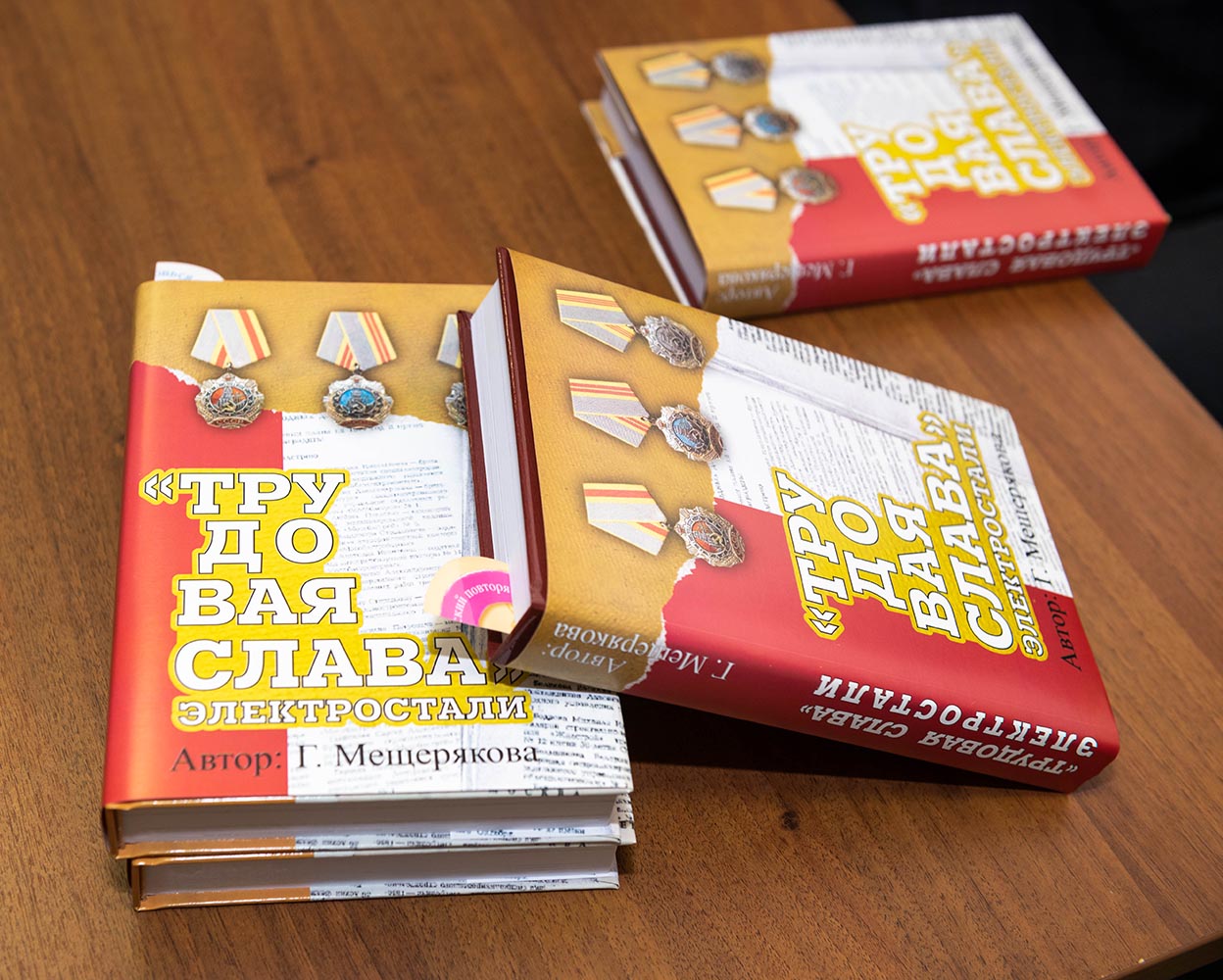 The Order of Labor Glory was established in 1974 and existed until December 1991. It had a division based on classes: there are three in total, with the highest being the first. In terms of its status and benefits, the award was equal to the military Order of Glory. 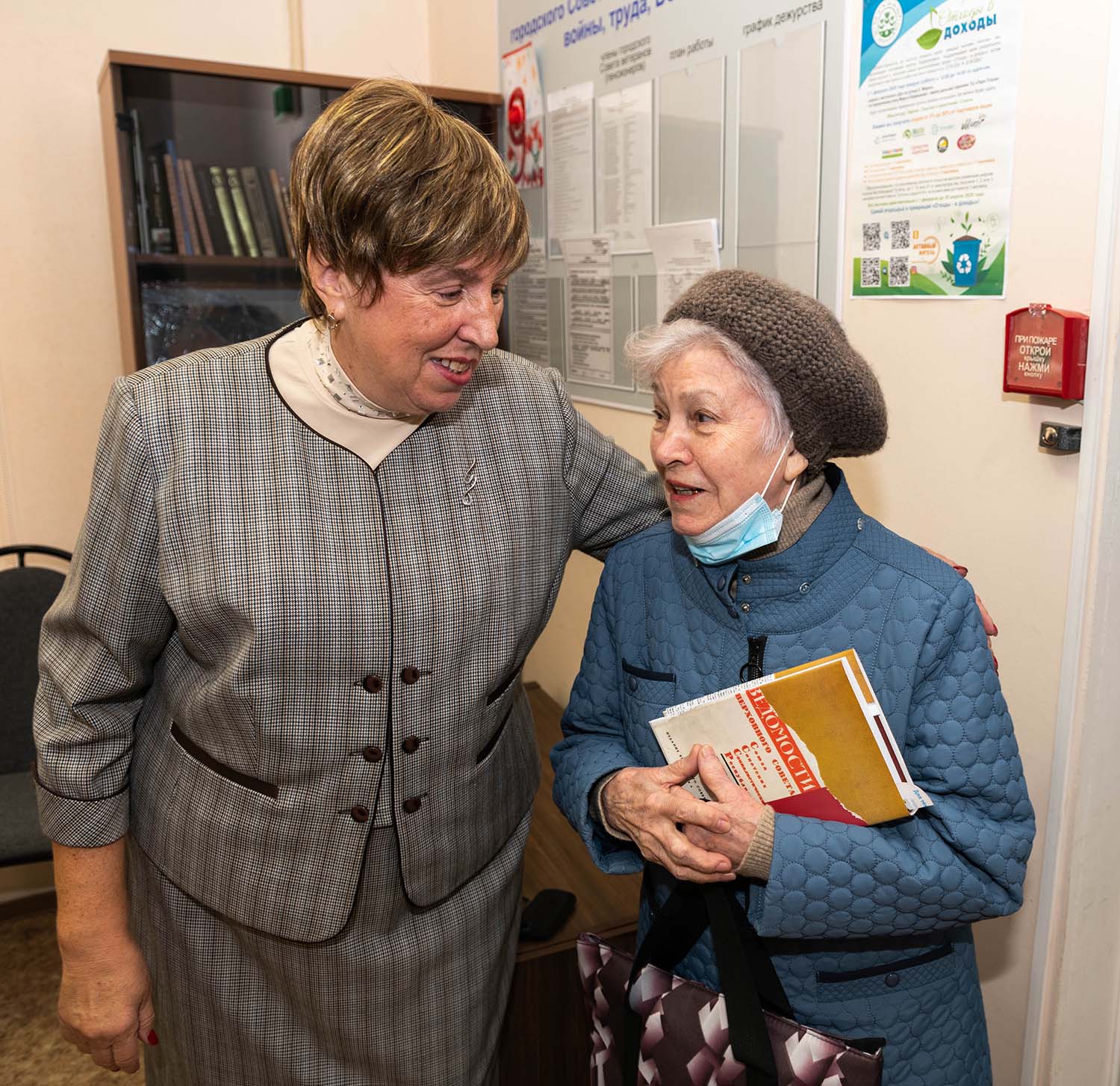 Unfortunately, many of the heroes of the book are no longer alive. At the presentation which took place in the City Council of Veterans, the author of the book, Galina Ivanovna Meshcheryakova, presented copies mainly to the relatives of the people awarded with the Order. Thus, the book was presented to Tatyana Dmitrievna Avinnikova, the widow of Viktor Ivanovich Avinnikov, Cavalier of the Order of Labor Glory of class III. He was a foreman of fitters at the “Metallurgprokatmontazh” trust. Tatyana Dmitrievna herself worked at our plant as a design engineer in the blade band workshop, her son Anton Viktorovich Avinnikov being a mechanic-repairman in Metallurgical Equipment Repair workshop, and her daughter-in-law Irina Vasilievna Avinnikova is the head of Quality Control Department. 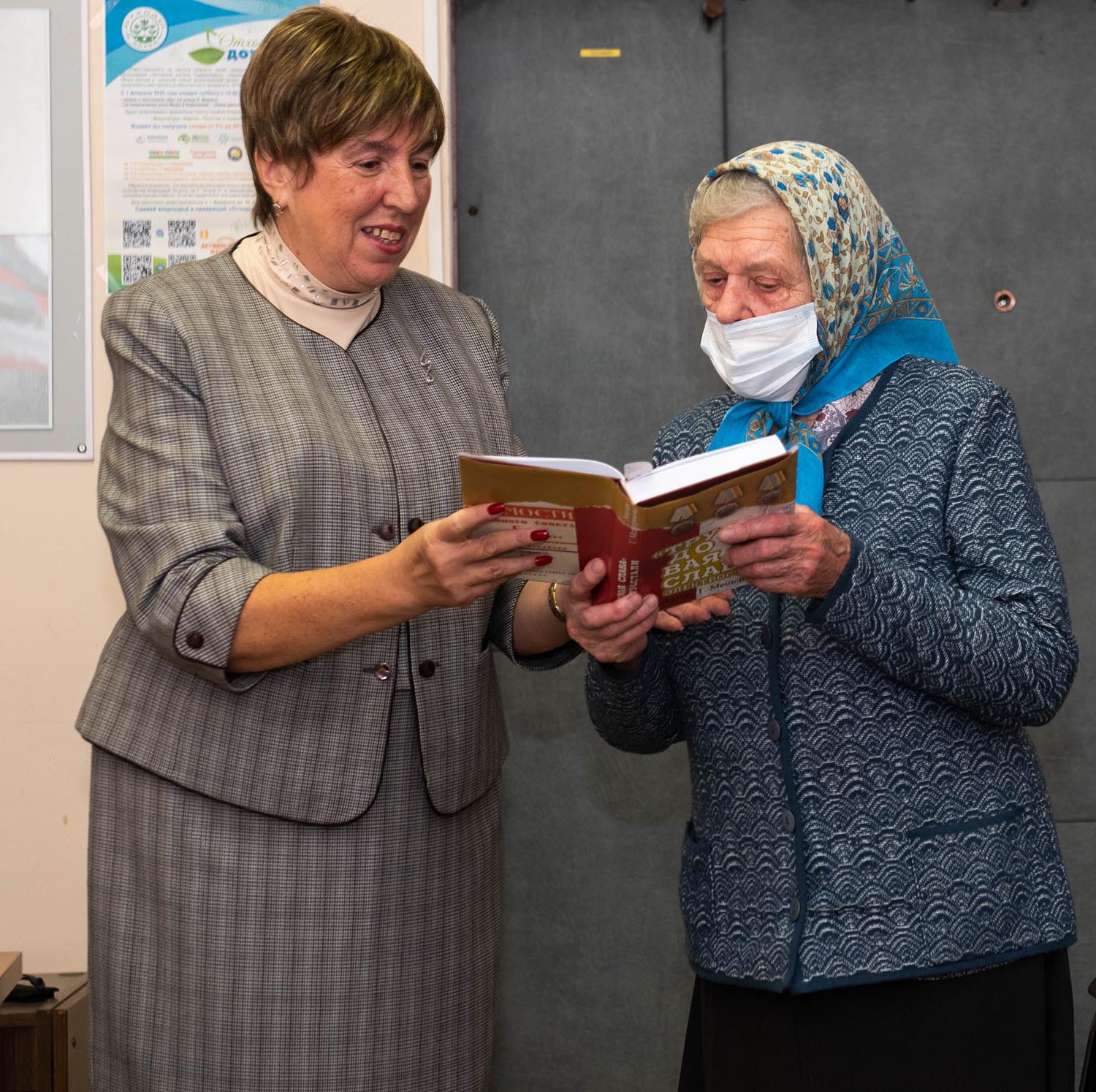 Valentina Mikhailovna Salaryova, a woman of venerable age (she is 90!), took part in the presentation of the book. She came to Elektrostal after the World War II, where she got a job as a general laborer in the women's brigade of Zhilstroy No. 1. She dug trenches, built workshops at the “Electrostal” metallurgical plant. She laid the foundations of houses on many streets of the city. For her labor achievements Valentina Mikhailovna Salaryova was awarded the Order of Labor Glory, class III. 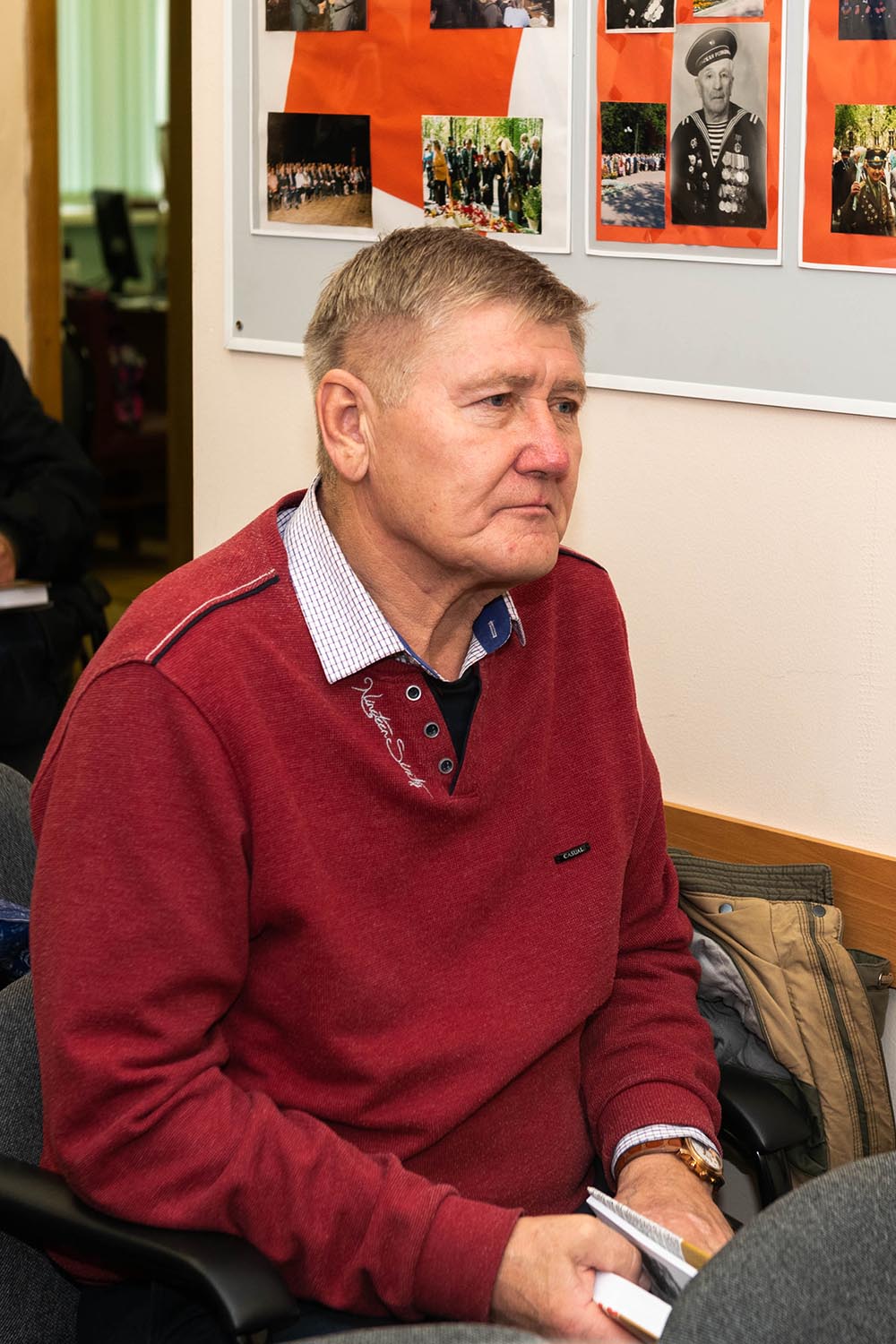 At the presentation of the book, the audience warmly applauded the veterans of the Metallurgical Plant "Eleсtrostal" Sergei Vasilyevich Dubsky (he worked as a wire drawer in the Rolling Shop No. 2), Mikhail Nikolaevich Yegorov (formerly a turning mill operator of RMC) and others. 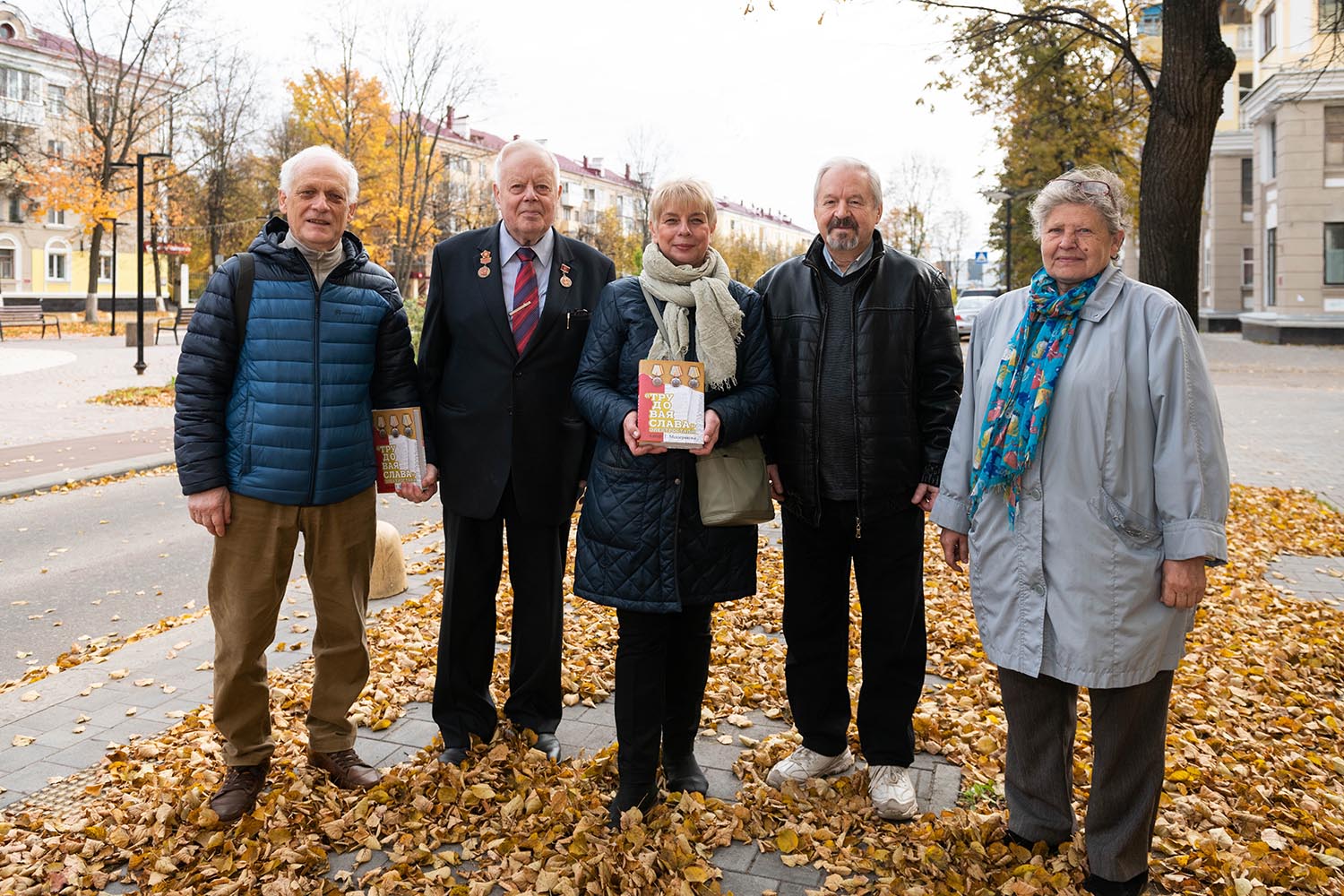 Note that most of the materials for the book were written by G.I. Meshcheryakova, but the project was also supported by professional journalists. The collection features an article by the reporter of our corporate newspaper "Metallurg" Irina Kimovna Kosareva about Vladimir Aleksandrovich Korovin, an operator of “350/250" rolling mill who was awarded the Order of Labor Glory class III in 1986. Unfortunately, he passed away in 2019, before the book was published. She will be transferred to the family of Vladimir Alexandrovich.

The book will be soon available in Electrostal city libraries.