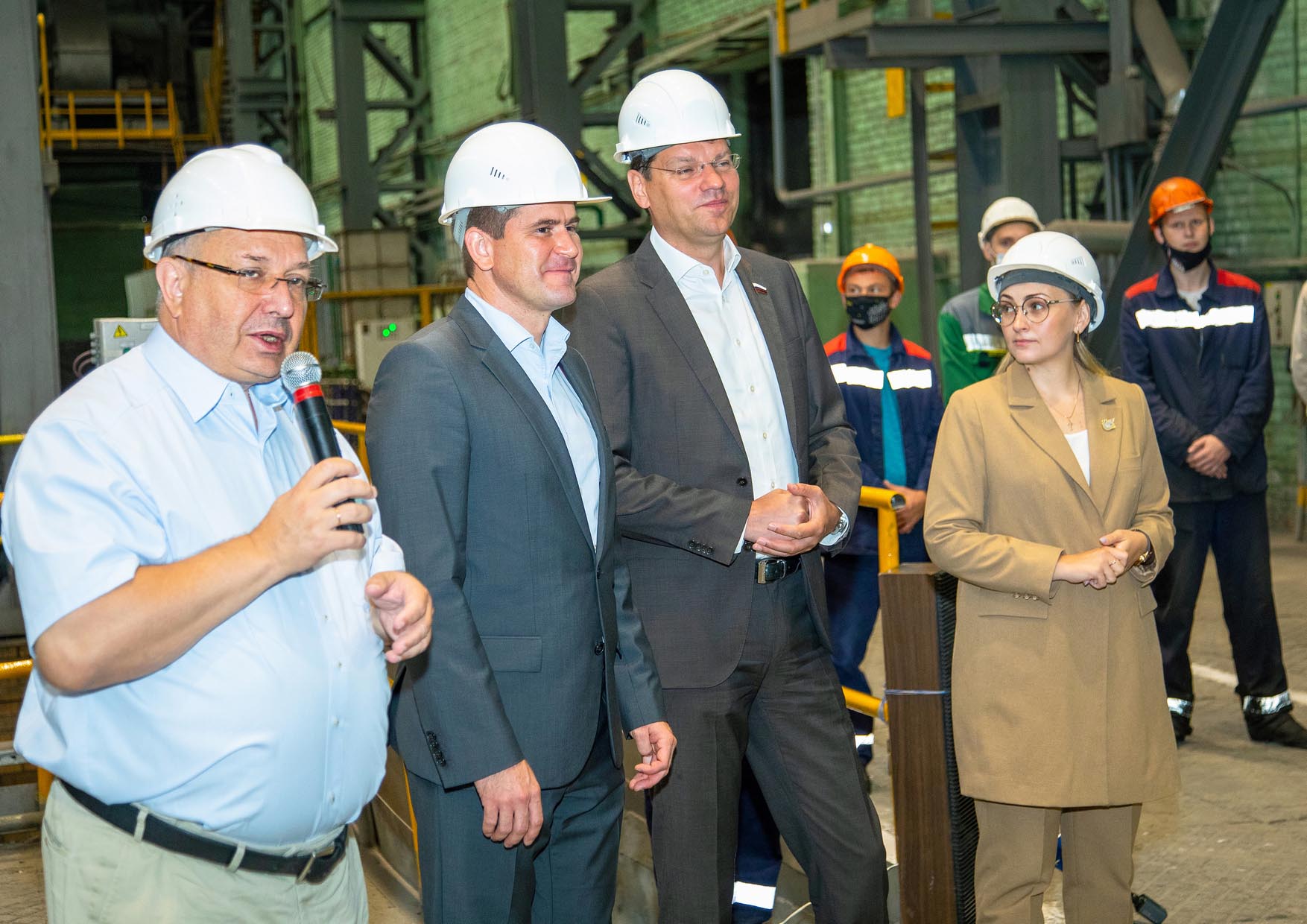 The conversation about the priorities and prospects of the metallurgical plant “Electrostal” started in the office of Director General Evgeniy Vladimirovich Shilnikov, and continued at the production sites together with the employees of Steel Melting shop 6 and Press Forging shop 3.

“The Ministry of Industry and Trade has developed a program for creating competitive products for the aviation industry worth 1.84 trillion rubles. Within its framework, 735 new civil aircraft are to be built in Russia. This program runs until 2030. It is the metal that forms the main profit of the “Electrostal” plant that will be required”, - said E.V. Shilnikov.

This is a large-scale project, therefore strict control is required at all levels, including legislative. Denis Borisovich Kravchenko, Deputy Chairman of the Committee on Economic Policy, Industry, Innovative Development and Entrepreneurship of the State Duma, said that he would defend the interests of the metallurgical plant in the implementation of this project.

“Our country has been living under sanctions for eight years and is forced to develop an import substitution program. We believe that the time has come to move to a strategy of import independence. In this regard, it is important to improve the production of domestic aircraft, helicopters and other equipment. The Civil Aviation Development Program has received presidential support. For these purposes, it is planned to allocate large funds from the National Welfare Fund and from the state budget. This means that the plant will have purchase orders, whereas the plant employees will have confidence in the future,” said Denis Borisovich Kravchenko. 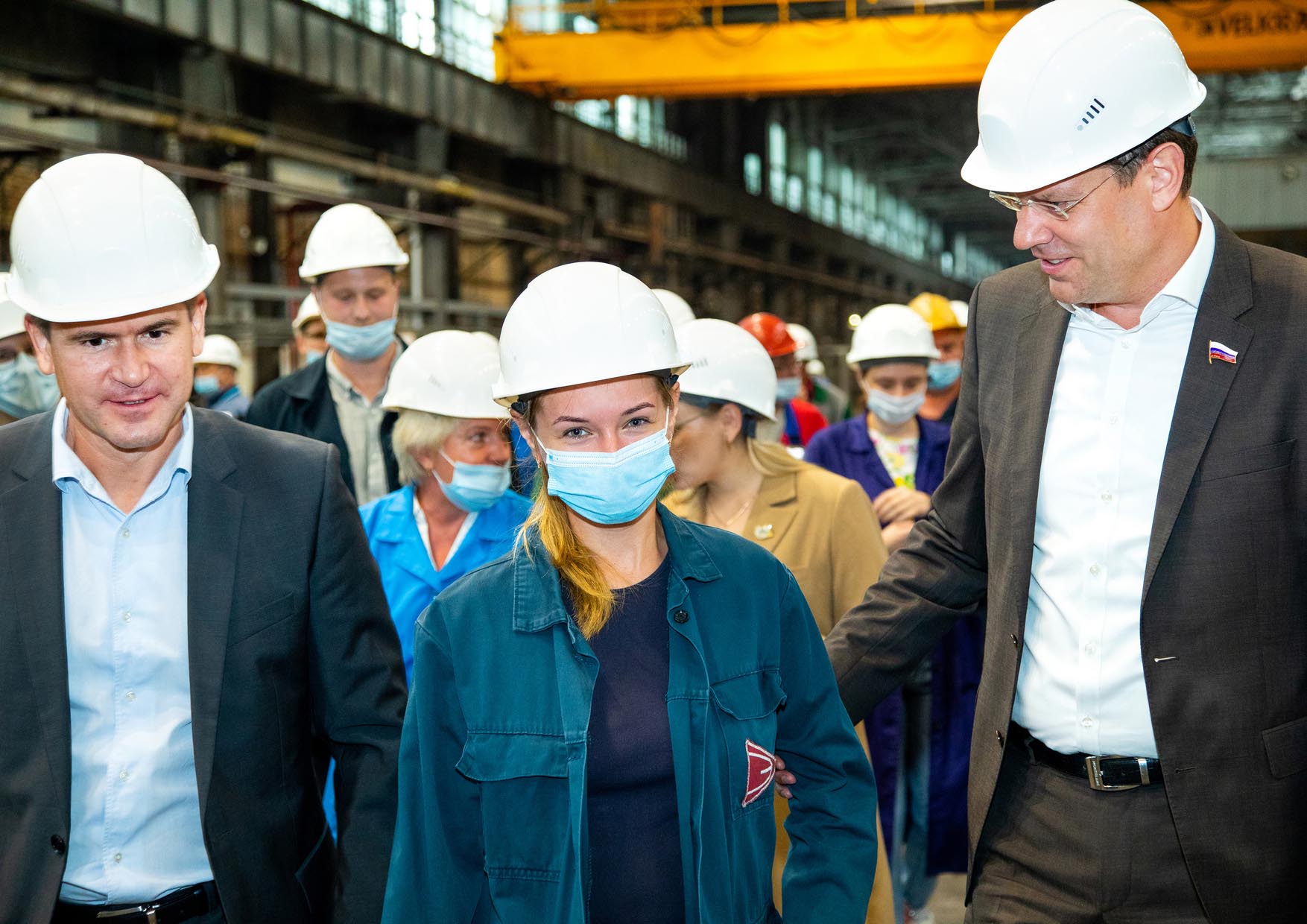 Not only industry, but also other spheres need external support. Attraction of funds from the regional and federal budgets is the key to solving pressing issues. The deputy of the Moscow Regional Duma Linara Raimovna Samedinova said: “It will not be possible to put things in order in Electrostal just at the municipal expense. The city needs co-funding in order to renovate the Yubileiny pond, to set the hospitals in order, - and so, literally, regarding every point."

Gennady Olegovich Panin, a candidate for the State Duma of the Russian Federation, has accumulated extensive experience in attracting investments. Over the seven years that he headed Orekhovo-Zuevo, many serious projects have been implemented in the district: three schools, two kindergartens, two stadiums and the same number of sports and recreation complexes, as well as an art school have been built. The Klyazma embankment is beautifully and modernly equipped. It would have been impossible to bring these ideas to life without participation in regional and federal programs. 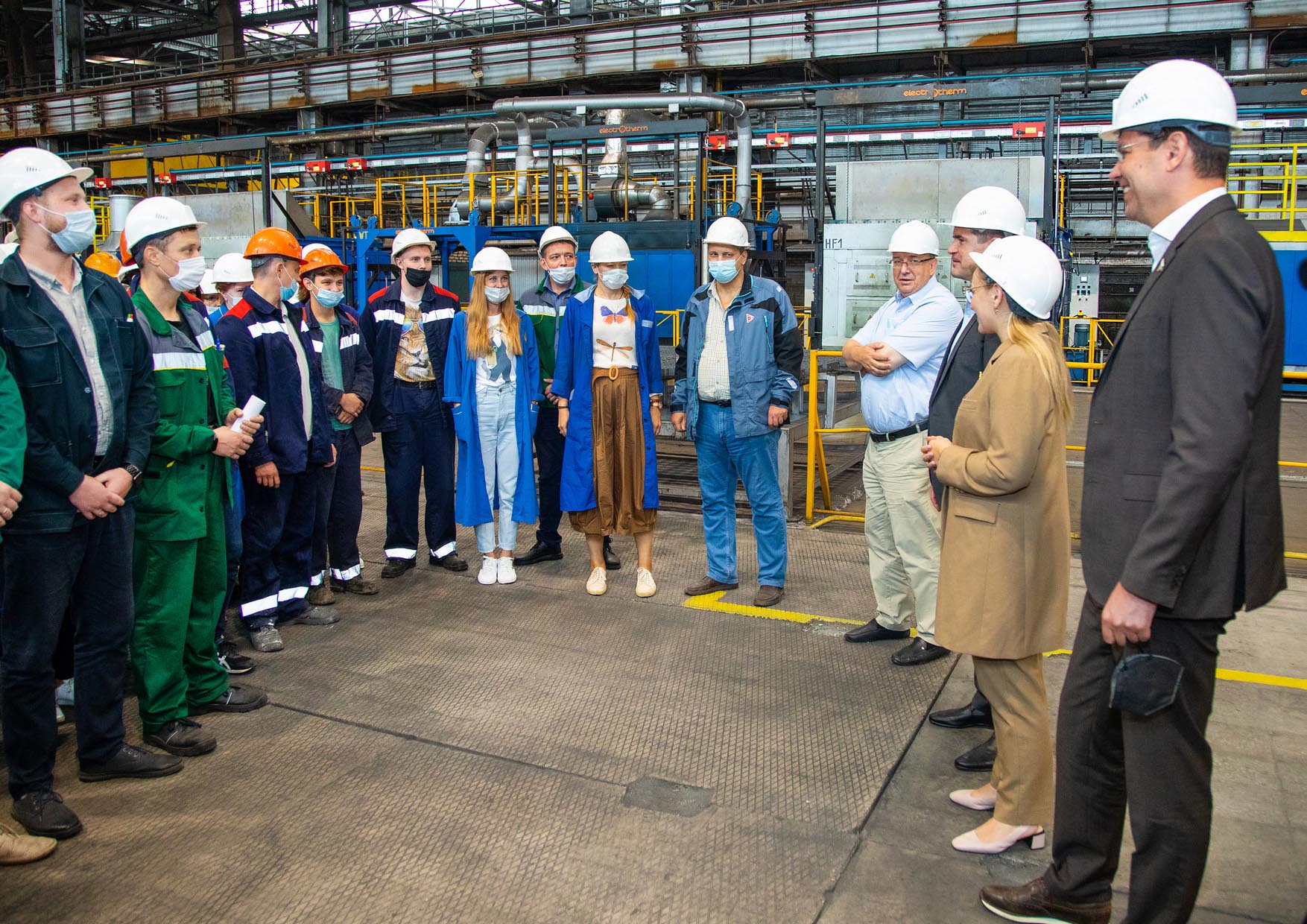 In Electrostal, like in many other cities, it is necessary to put things in order in the road sector, to implement a program to resettle dilapidated housing, but perhaps the most important object is the overpass. Its construction requires 2.5-3 billion rubles. Such serious funds must be attracted precisely from the federal budget. At the state level, programs are being adopted today that can change the lives of Russians for the better, but in the regions, for a number of reasons, they are not fully implemented. Therefore, now there is a global task, relatively speaking, to land federal programs at the local level,” said Gennady Olegovich Panin.

The metallurgical plant workers had the opportunity to communicate with the deputies directly. Representatives of the team of Press Forging shop 3 were eager to use it. It will certainly come forth more than once: the guests thanked the management and staff of “Metallurgical Plant “Electrostal” JSC for the warm welcome and expressed their commitment and desire to be useful to the plant employees.