In present-day world, both social and cultural ties and interaction at the level of public organizations play an important part in the dialogue between countries. Evgeniy V. Shilnikov, CEO of “Metallurgical Plant “Electrostal” JSC, having long been the head of the Society of Friendship with India, has recently become head of the Society of Friendship and Cultural Relations with Switzerland, also being a member of the Presidium of the Russian Association for International Cooperation (RAMS). The great work carried out by Evgeniy Vladimirovich in the field of public diplomacy, promoting Russian initiatives and strengthening contacts with foreign states was noted at the level of the federal government. On June 30, in the conference hall of the plant administration office he was solemnly awarded with the badge “For Interaction” of the Ministry of Foreign Affairs of the Russian Federation.

The high award on behalf of the Ministry of Foreign Affairs of the Russian Federation was handed over by the Secretary General of RAMS Vladimir Mikhailovich Polozkov. Opening the solemn meeting, he highlighted the fact that the majority knows Evgeniy Vladimirovich as the head of a large enterprise, but few people know that he performs a very important state task of developing relations with foreign countries and it was for his outstanding contribution to this activity that he was presented with the award. 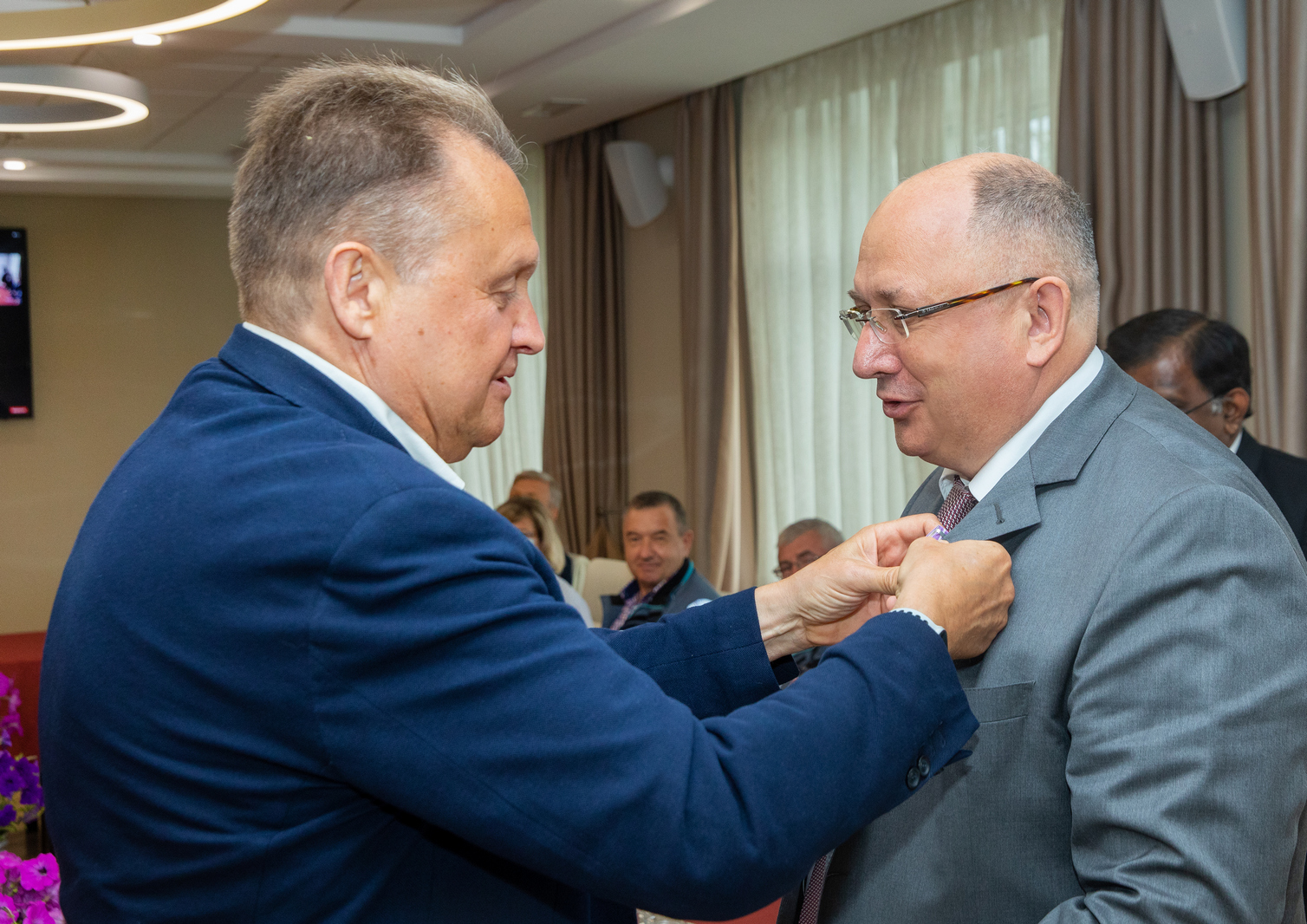 The current situation in the world did not allow to hold the meeting in an expanded format, so many of the honored participants of the meeting spoke via video conferencing. Among them are the First Deputy Chairman of the State Duma Committee on Economic Policy, Industry, Innovative Development and Entrepreneurship, Chairman of RAMS Presidium Sergey Vyacheslavovich Kalashnikov, Deputy Director of the 2d Asia Department of the Russian Foreign Ministry Denis Evgenievich Alipov, President of the Russia-and-Switzerland Friends Circle Society, Prince von Saxe-Coburg and Gotha, Duke of Saxony Jörg Wolfgang, Honorary Consul of Russia, Director of the Russian Cultural Center in Trivandrum Ratish Nair, member of RAMS Presidium, rector of Peter the Great St. Petersburg Polytechnic University, Academician of the Russian Academy of Sciences, Doctor of Technical Sciences Andrey Ivanovich Rudskoy and others. 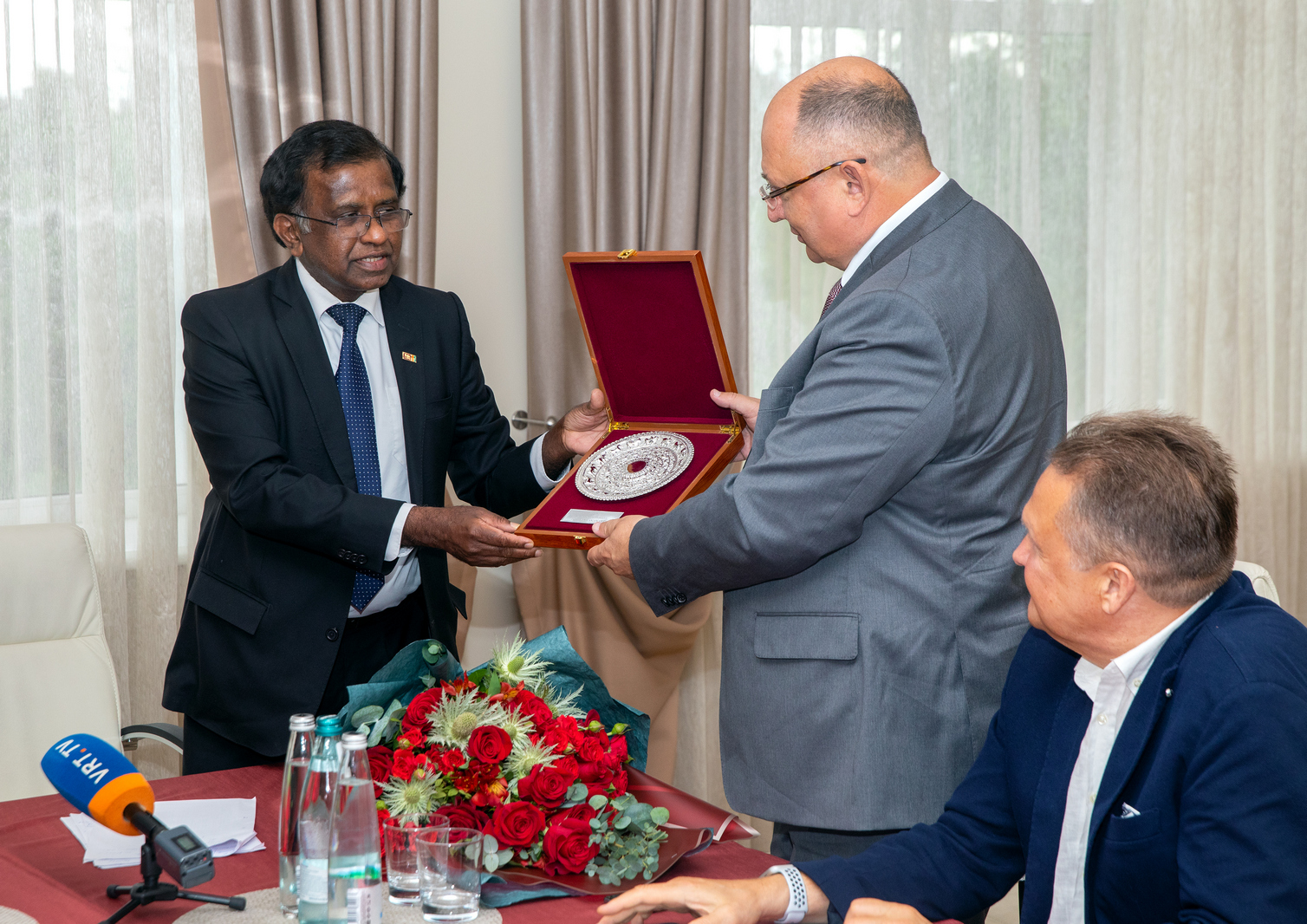 The solemn meeting was attended in person by the Ambassador Extraordinary and Plenipotentiary of the Democratic Socialist Republic of Sri Lanka to the Russian Federation, Michalgalanda Durage Lamawansa, who addressed E.V. Shilnikov and other guests: “It is a great honor for me to be a participant in such, maybe not a big, but very memorable ceremony. The award is a way to show appreciation and reward the good deeds and tireless efforts that kind people make. It is especially joyful and valuable to me that Mr. Shilnikov, who is working to promote cooperation with many countries, is also a member of the Board of Trustees in the Society for Friendship with Sri Lanka. I would like to wish you to continue doing what you are so good at!” 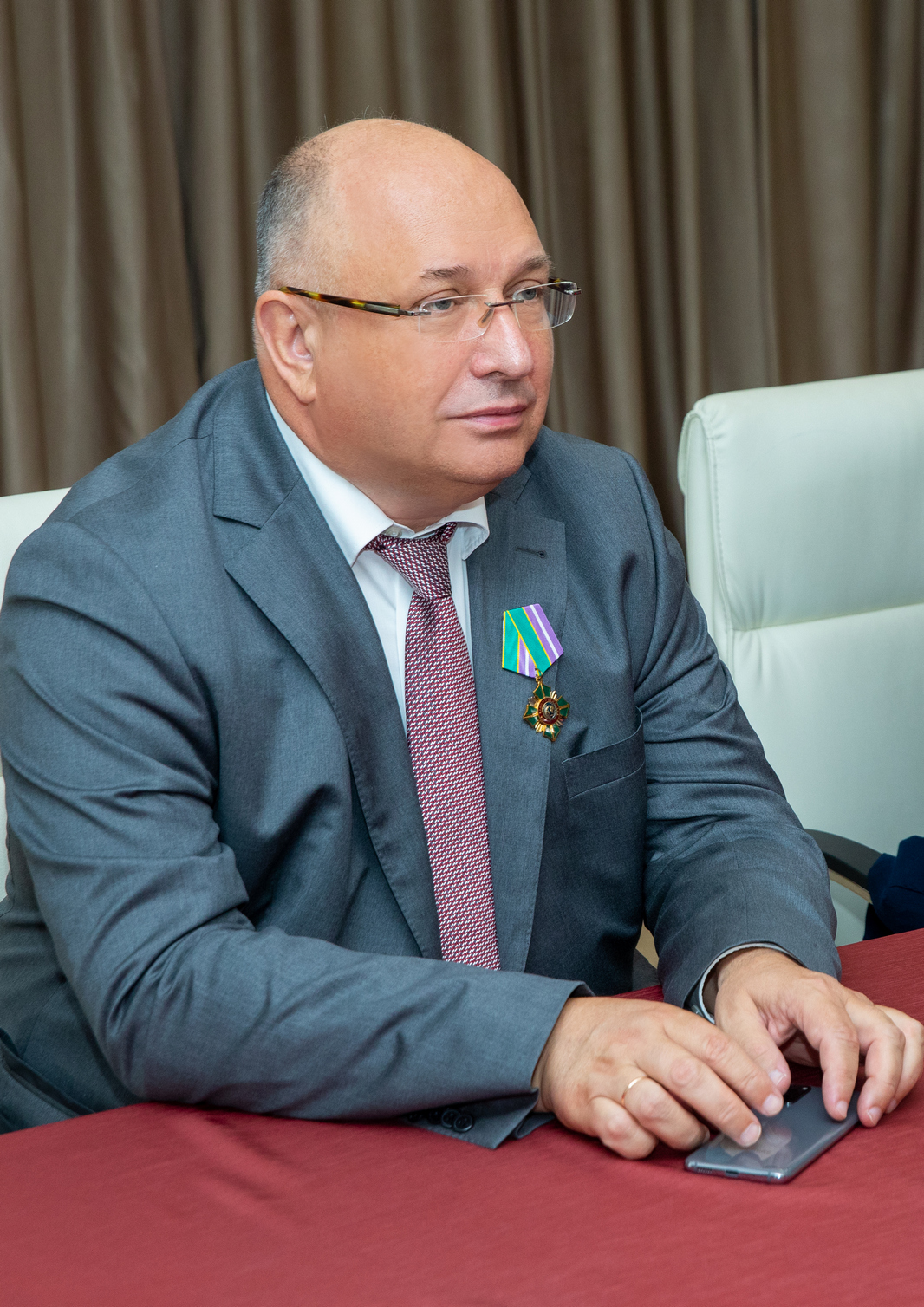 E.V. Shilnikov himself described the receipt of the badge as a team merit: “Dear colleagues, first of all I would like to thank all of you. I am used to evaluating my work modestly, and this award, as I see it, is a kind of advance, expectations and commitment to continue developing and expanding what I started. I don’t consider it as personally mine, but rather belonging to that small but close team with which I work within the framework of the Russian Association for International Cooperation.”